On my easel, a lioness hunting. I wanted to capture the moment “before”: the meticulous approach, sort of furtive way towards the prey.

The gaze is fixed, the head does not move, shoulders swaying gently, only the tail may betray his presence, as if she couldn’t control her excitement until her extremity  (wouhaou it sounds like poetry …).

Technically, unlike my usual, I painted the background before because I wanted a realistic background, sort of  photographic blur. That’s why I spent more time on it. The second reason is that the background gave me the tone of the picture, so I can better control the contrast of the lioness, both very present and melted in its environment.

As a third layer, the grass will virtually hide the lioness. But you’ll see it in 2010 …

PS: The colors of the picture do not reflect reality,  I really have to invest in a photo studio. 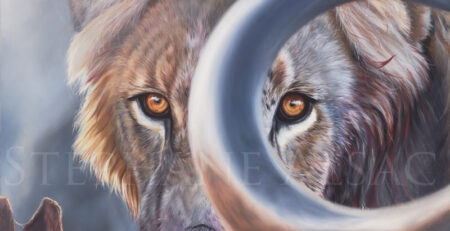 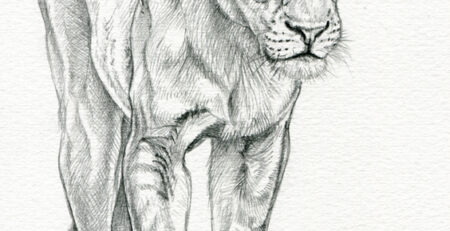 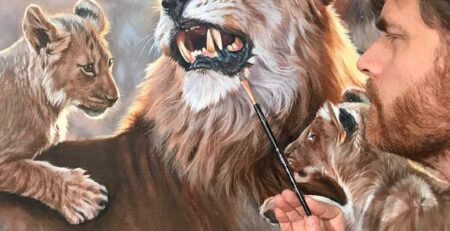 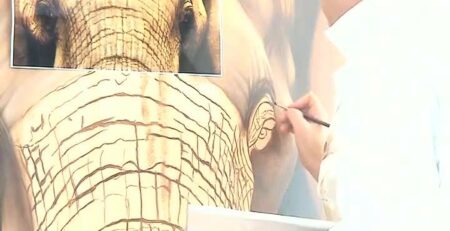 Behind the Photo – Ep 2 – Male Leopard eating a Wildebeest 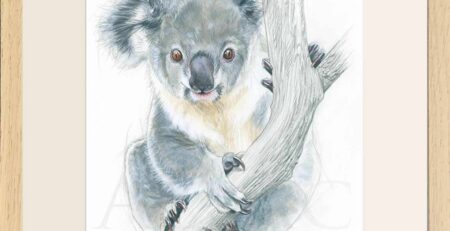 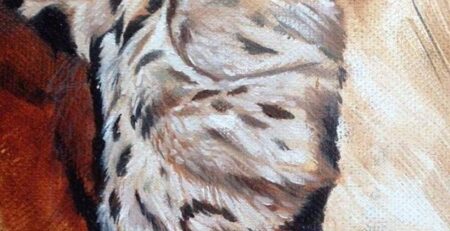 Wanted to share this moment, moment of pure pleasure ! The right strokes at the