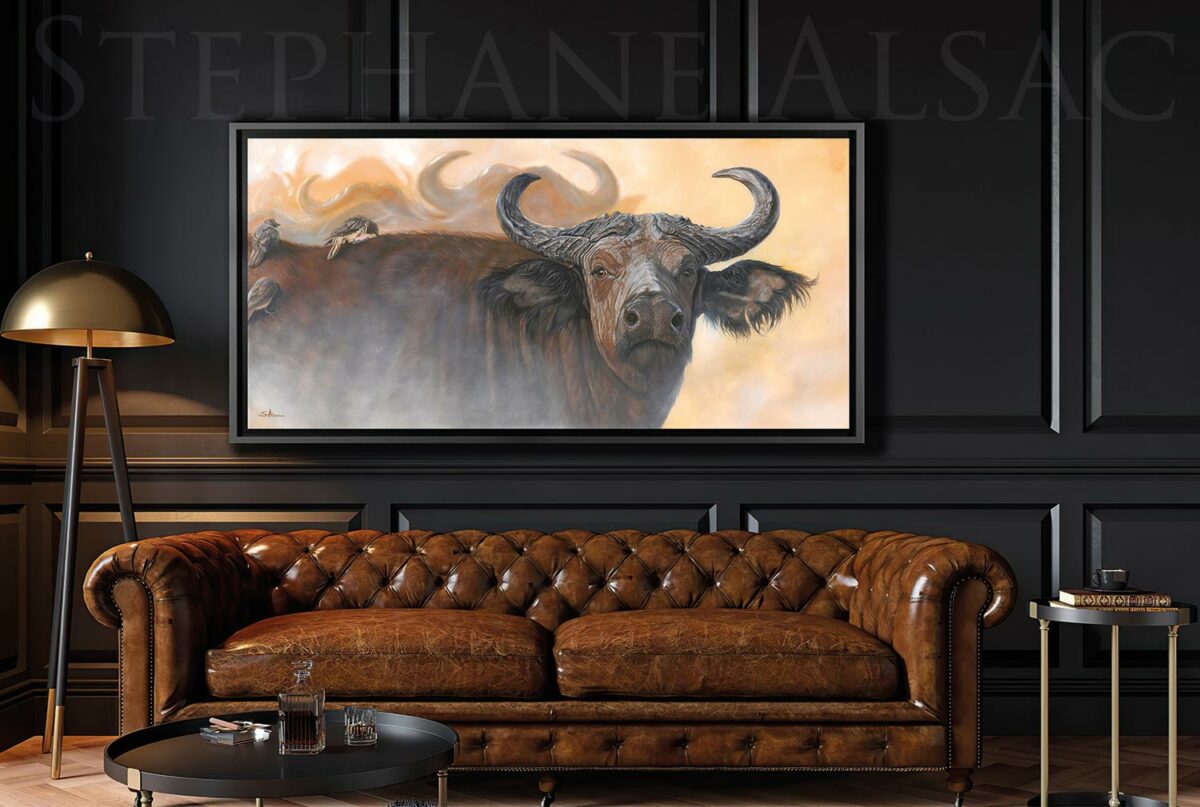 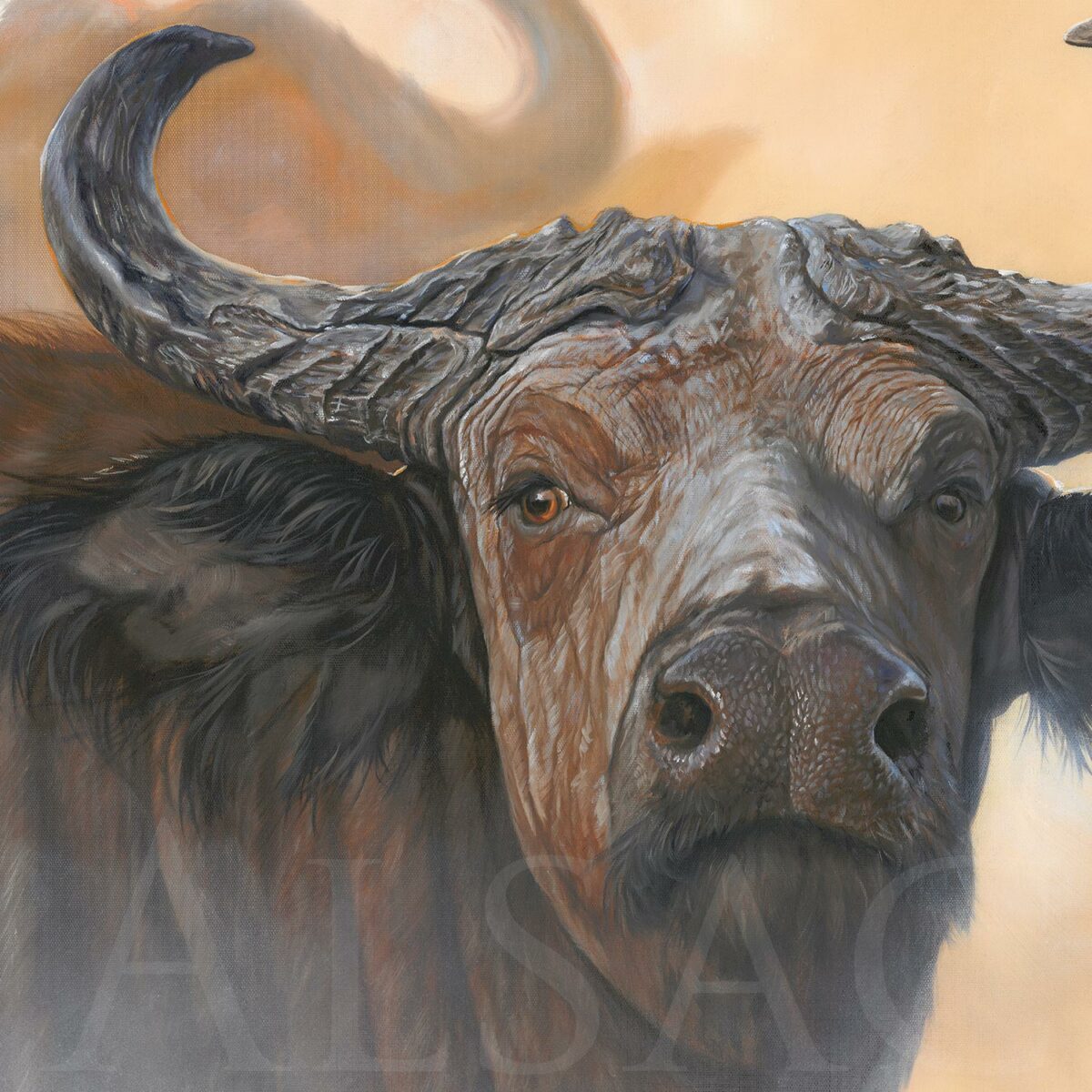 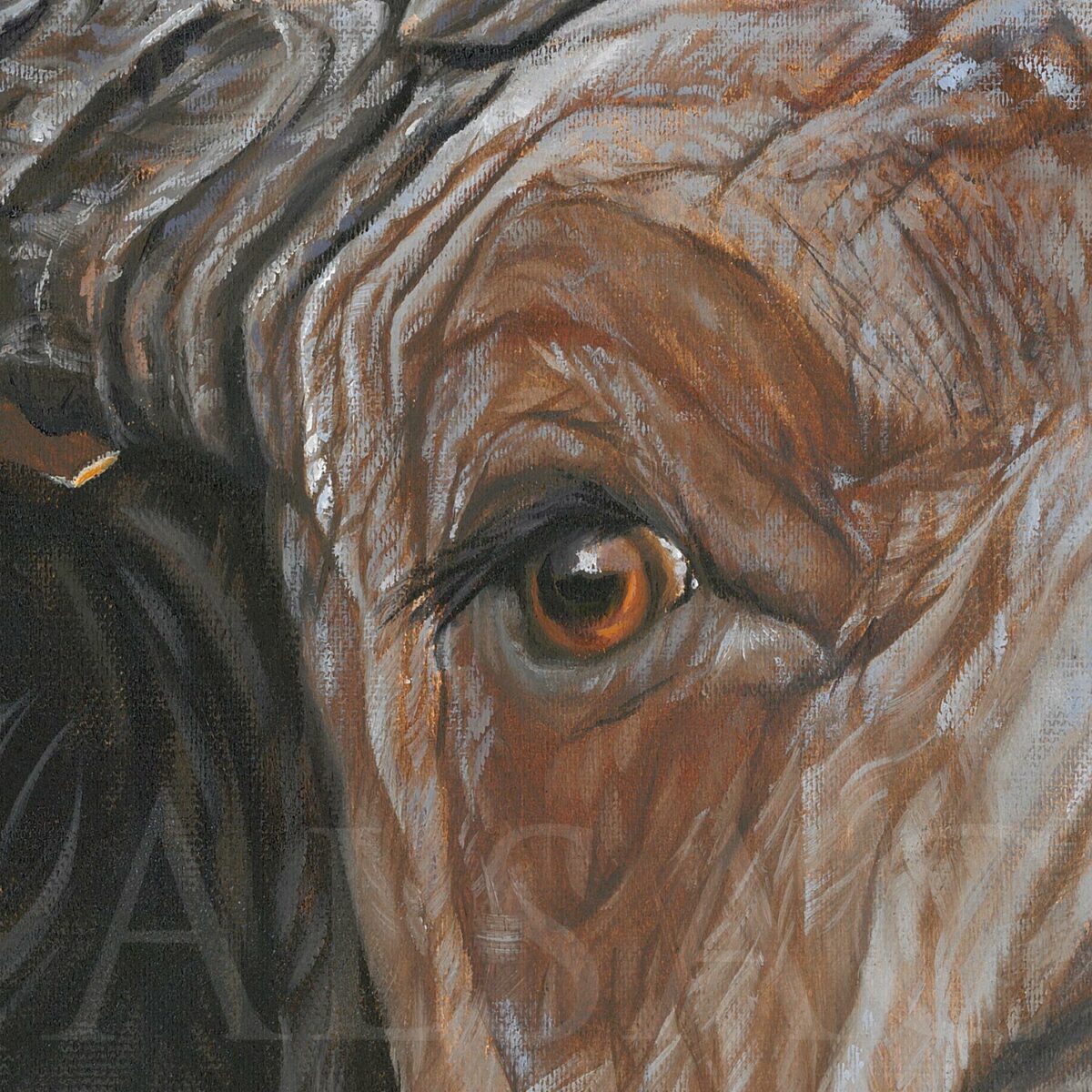 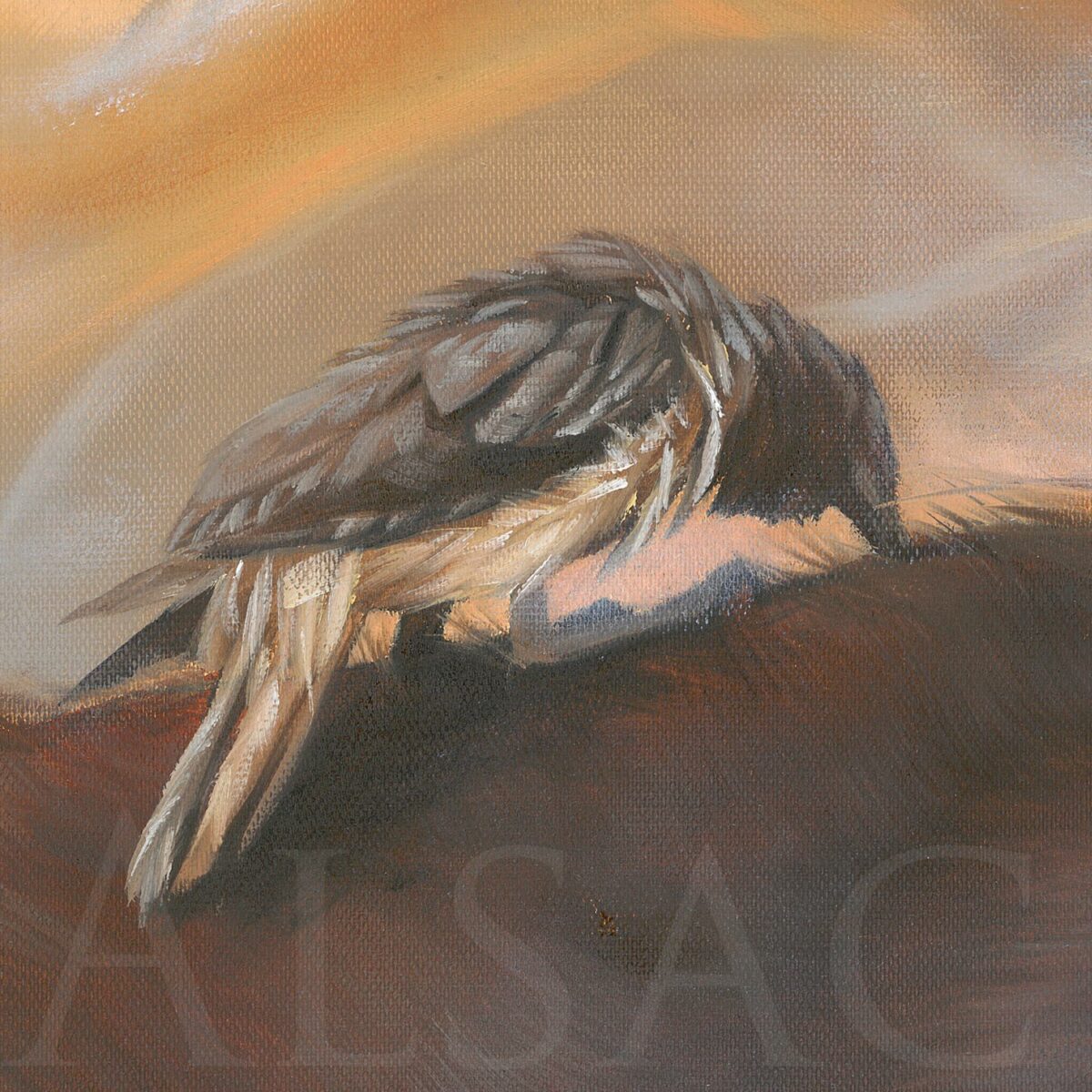 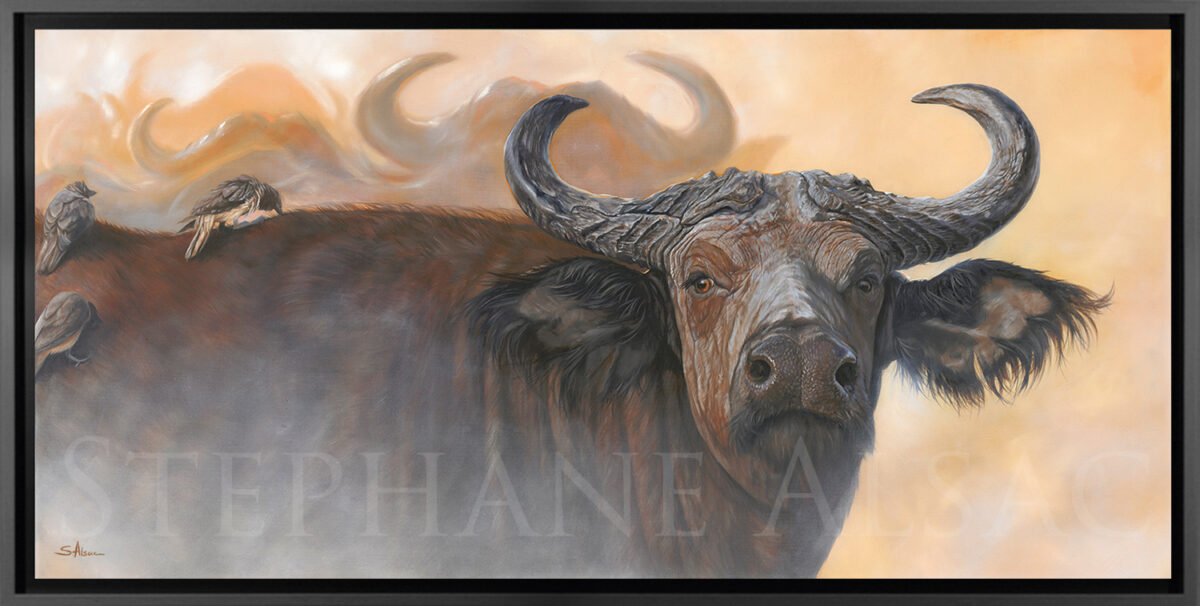 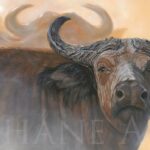 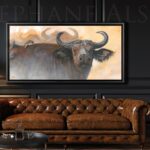 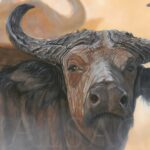 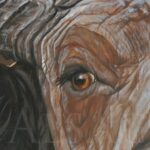 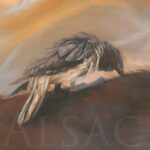 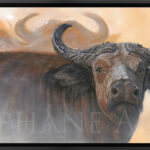 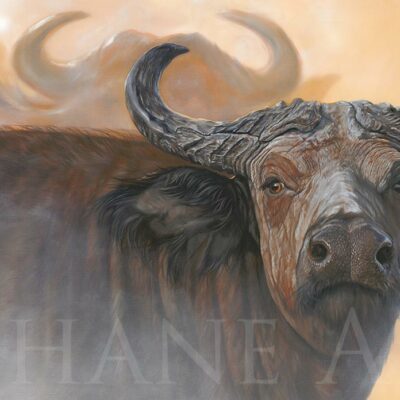 The Print is numbered and signed with a certificate of authenticity. There are two signatures : the original painting signature which is printed and the signature of the print by the Artists’s hand.

The watermark does not appear on the print.

The equinoctial buffalo (Syncerus caffer aequinoctialis) is one of the African buffalo subspecies. It is officially found in Congo, Democratic Republic of Congo, Ethiopia, Sudan and Chad.

However, it is very close to the Buffalo of the savannahs (Syncerus caffer brachyceros) which can be observed in Cameroon in particular. He is also often confused. The two subspecies may even coexist in the same herd.

Small in size and much less heavy than the caffer caffer, it can be distinguished by its brown color, its smaller horns that go straight back and by the long hairs that fall from its ears.

Stephan Alsac is a hyper-realistic contemporary painter. His paintings, most often oil paintings, represent animals with an astonishing realism close to photography. The idea here is not to reproduce a photo, but to sublimate the animal and make it “truer than life”.

You want to immortalize a moment, a souvenir from Safari, commission an Original Painting of the size that suits you and in the style of painting that you like.

Contact Stephan Alsac to discuss your painting project with him. He will define with you the animal subject answering your expectations which will sublimate your interior.

You've just added this product to the cart: